Tips and Tidbits About Common and Not So Common Cannabinoid Receptors

Cannabinoids are chemical compounds found in cannabis.  To date, there are approximately 113 cannabinoids that have been isolated from the cannabis plant.  These compounds are typically either psychoactive or non-psychoactive. Psychoactive means that it provides the "high" feeling that is often associated with cannabis use.

Tetrahydrocannabinol (THC) is the most common and has significant psychoactive properties.  THC has also been shown to reduce pain, inflammation, nausea, all while stimulating appetite.  While THC may be the most well-known cannabinoid, there are a few others that you should have on your radar as well, such as THCA, another derivative of the marijuana plant, which has been shown to protect against nerve damage. A few others worth notable mention cannabinoids that are psychoactive and non-psychoactive are: CBD, CBN, CBG, CBC, and THCV. 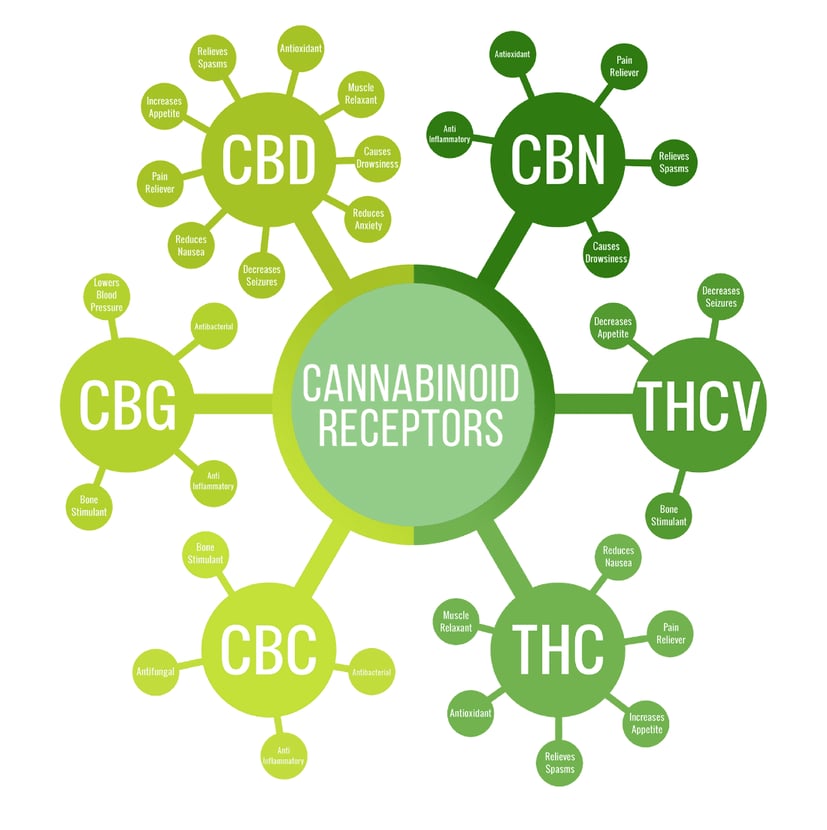 Known Potential Benefits of Other Cannabinoids

Since THC is the most controversial of the cannabinoids right now it's important to understand it's potential effects. Some of those effects include:

Cannabinoids Can Have More Benefits than Risks

As cannabis becomes more widely available and closely studied more research will begin to arise on the different cannabinoids and debunk its mystery opening doors for a lot more medical advancements.

Tips on How To & Not To Store Your Cannabis Products

CBD: The Basics on How CBD Works in The Body [Infographic]