Doctors at the U.S. Department of Veterans Affairs (VA) rely heavily on opioids and sedatives to manage pain for our nation's service members. However, there is a reason for the proclaimed “opioid crisis.” These types of drugs are highly addictive and cause dependency issues when used for long-term pain relief. Anyone using these types of narcotic pain medications is at risk for dependence and addiction, but when you mix that with the dynamic mental health struggles of many of our veterans, you are operating on a very slippery slope to disaster. I’d like to think that the VA doctors monitor their patients well enough to prevent these problems, but unfortunately, that is not reality.

Many veterans have experienced first-hand these addiction and dependency issues. Unfortunately, more frequently than we want to admit, it leads to suicide or very dark places to escape the spiraling path they find themselves on.

The lack of options and growing problems related to our veteran’s pain management treatments have created a new narrative among veteran populations. More veterans and their families are championing their own healthcare needs. There is a strong desire to find alternative options for their lasting wounds of war. Our veterans are seeking options that are far less addicting, not so prone to dependency, and contribute to longevity and healthier wellbeing. There is one problem. The federal government seems to be having a hard time listening to the demands and hearing their cries.

GreenWELL Brands interviewed a nine-year Marine Corps veteran, Michael Young,  who is also a California native that has struggled with opioid use for his chronic pain and PTSD management. Like most, in the beginning, the opioids brought him relief and helped him feel more like himself again. However, soon, that euphoric stage started to taper. He needed a little bit more to feel good again, and that turned into needing more and more.

He soon found himself finishing his pills before he was able to get a new refill, leaving him without and forcing him into withdrawal. The withdrawal amplified his pain and heightened his PTSD symptoms. The desire to need more and his inability to manage the pain adequately took a toll on him and his family. He came to a place where he was ruining his marriage and risked losing his kids.

Through some basic research online, Young read about similar stories and struggles, but with veterans finding some reprieve using cannabis. He heard about other veterans getting relief for a variety of different ailments, including mental health struggles and pain management.

He knew he had to give it a try, but when he tried to talk to his VA healthcare professionals about it, he was encouraged against it and was pointed towards a path of more of the same.

Fortunately, being in California, it is legal at the state level, and he decided he had to try for himself. "It helped me find comfort and purpose again,” he said. Young said cannabis did not eliminate his pain and thoughts but allowed him to control it. It gave him a sense of hope for the first time in a long time, and that was precisely what he needed to keep fighting his daily struggles.

How Cannabis Prohibition Hurts Our Veterans

Young has become an advocate for the legalization of medical cannabis. He has joined a growing number of veterans and organizations, not to mention the former Secretary of the VA, advocating for cannabis research. There is promise in both pain management and in easing Post Traumatic Stress Disorder (PTSD) symptoms, conditions many veterans are living with. According to the National Institute of Health, a study conducted found that nearly 66% of veterans report having pain. According to the Department of Veterans Affairs National Center for PTSD, about 11-20 out of every 100 Veterans who served in OIF or OEF have PTSD in a given year, about 12 out of every 100 Gulf War Veterans have PTSD, and about 30 out of every 100 Vietnam Veterans have had PTSD in their lifetime.

However, because cannabis is still classified as a Schedule 1 drug, research has been almost non-existent. This makes it difficult for any medical professional to prescribe cannabis for PTSD, anxiety, or pain.

Eric Goepel, a founder of Veterans Cannabis Coalitions, says, "Cannabis prohibition kills veterans, and that may sound like a harsh way to put it, but it's the way things are."

For now, the VA relies on far more dangerous drugs. Opioids, sedatives, and antidepressants, are being used to address veterans' health issues when cannabis could be a useful medicinal tool for veterans. One could argue that the VA and the federal government have an institutional opposition to marijuana.

As long as cannabis remains illegal under federal law, it binds the policy set by the VA.

“Marijuana is illegal under federal law, and until federal law changes, VA is not able to prescribe it,” said Randall Noller, a VA spokesman. Whether in a state with laws that allow for the medical use of cannabis, the U.S. Department of Veterans Affairs operates by federal law, under which marijuana is a Schedule I drug. This means VA physicians are prohibited from recommending cannabis for medicinal use. This explains why Young was brushed off when he tried to speak to his VA medical professional about utilizing cannabis to help with his medical conditions. 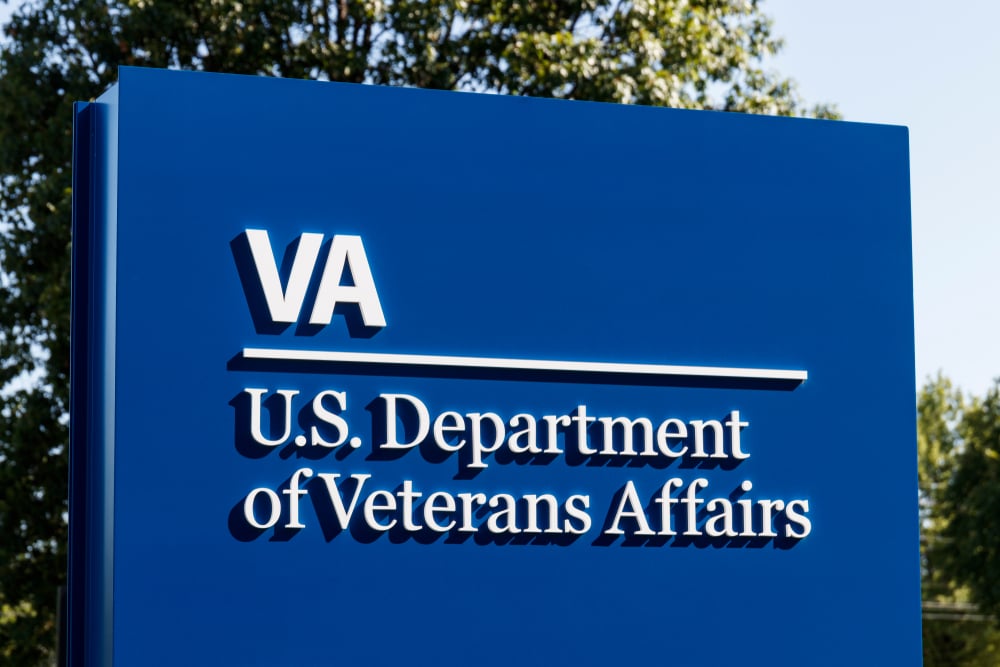 Continuing to Hurt Not Heal Our Veterans

Currently, limited research due to the scheduling of marijuana means that there is very little data based on the benefits and potential harms of cannabis. While continued prohibition in many states and at the federal level may mean consequences for users, including veterans.

The bottom line, for veterans who rely exclusively on VA doctors and prescription coverage, unfortunately, these costs may be out of reach, regardless if there is evidence that states cannabis may be more helpful than the medicines currently covered.